A Chinese Scholar Reckons With His Past

: “If we dedicate all our lives to the socialist revolution， letting the Communist Party and the People decide how we can make the most of our time， our futures are sure to be affluent. Thinking of this， how can I possibly feel blue?”

Jingbei Hu winces now when he reads that， recognizing how that “socialist revolution” led to the murder of countless scholars and the shuttering of many schools. Still， he is determined to share the words he wrote in his diary with anyone willing to read them. Now an economics professor at here， his goal is to show how the Communist government bent his will during the Cultural Revolution， more than 35 years ago.

“If we don’t work on this problem， on understanding how this brainwashing occurred， we will have another Cultural Revolution，” Mr. Hu says while eating dinner in a student restaurant at Tongji. He is a wiry man who finishes every scrap of the oversized portions then eats the leftover pizza on others’ plates.

Through a fellowship， Mr. Hu spent January and February at ‘s Hoover Institution doing research for a Chinese-language book that will examine the impact of Communist ideology on Chinese children. In the long term， he hopes， his research will help pave the way for greater tolerance and freedom in .

But in the meantime， Mr. Hu has put online the diaries he kept as a teenager during the Cultural Revolution — diaries that he now compares to those kept by Hitler Youth members in Nazi Germany. And he is on a personal mission to understand how， as a young man of 18， he was so absolutely convinced that Mao Zedong was a hero worth putting all his faith into.

During the Cultural Revolution， which lasted from about 1966 to 1976， Mao organized the youth of the country into squads of Red Guards and urged them to attack intellectuals and “”bourgeois things.””

The Chinese education system fell into chaos during the latter years of Mao’s rule. In 1968， Mr. Hu， like millions of other young Chinese of the era， was sent to a commune in the countryside of ， a province in central ， where he worked and lived as a peasant. He was 15 and had finished only half a year of middle school. Now he spent his time lugging manure， fertilizing cabbage， and writing in his diary about the benefits of such physical labor， both to himself and to the country.

: “”My brother， my sister， and I were sent to the pasturing areas， farms and villages， separately in 1968 as part of the ‘Urban Youth Going to the Countryside’ movement. My father was sent down to a village in Pudong， . We split for the Revolution. Even though we miss each other much， and our parents miss the three of us very much， … we need to guide them through this， making them realize that the welfare of the Revolution outweighs personal benefits … .””

Mr. Hu lived in the rural area for nearly 10 years. But writing in his diaries kept his intellect alive. Sometimes he would structure the entries like short， analytical essays. He sought out copies of old textbooks to teach himself math， physics， and chemistry.

Many Chinese teenagers during the Cultural Revolution were similarly motivated， notes Merle Goldman， an associate of the for East Asian Research at . “”A lot of people from that era were， literally， self-taught，”” she says. “”It has a lot to do with Confucian values of hard work and education.””

By 1978 the Cultural Revolution had ended and Mao had died. Mr. Hu， 25， was given the chance to take university entrance exams. Despite not having been inside a classroom for more than a decade， he passed easily.

He went to and studied economics. He traveled， even living in for several years. There he found the people to be much more open about discussing the Nazi era than the Chinese were about discussing the Cultural Revolution. Gradually Mr. Hu became an intellectual who had little in common with the boy who had so earnestly labored and kept diaries extolling the benefits of the Revolution. He never repudiated that boy and his diaries — he simply grew up and moved on.

Last summer， though， Mr. Hu was traveling through a mountainous area of Hunan province when， in a dim room of a peasant household made darker by smoke， a small girl told him that she used the kitchen table to study and write.

Memories of his own years living in the countryside and writing at a table in a hovel rushed back to him. He reread his diaries and tried to get them published， but failed because of official restrictions on what can be published about the Cultural Revolution. He has put part of the diaries online and hopes to post the remainder soon.

At Stanford he had access to books and materials about the Cultural Revolution that are not available in . His plan is to write his book for the young people of . They are the ones who have time to change if they learn to ask questions， he says: “”In Chinese schools， the conventional wisdom is that people shouldn’t ask， they should simply take. Many， many students can’t think for themselves. That’s a huge problem.””

February 7， 1972: “”The article ‘Study Hard， Try to Change Your Perspectives’ in the Red Flag magazine … inspired me a lot and helped me sort out some confusion. From now on， I will try to bring my studies to another level， and will pay extra attention to the five philosophical works of Chairman Mao.””

At Stanford this winter， Mr. Hu spent most of his time reading and thinking. He is compiling lists of ways the Communist government has been able to inculcate its young people — from his own youth， during the Cultural Revolution， to the present day. No. 1: Propaganda. No. 2: Media. No. 3: Education.

“”From the first day of school，”” he says， “”we were taught that we should be students for the Communist Party.””

The children of today have more opportunity than the young people of his own era， Mr. Hu says. The schools are open and a booming economy provides college graduates with more career possibilities. The of skyscrapers， international visitors， and luxury restaurants and shops is like no place in the he grew up in.

But while the buildings expand， the space for discussing politically sensitive topics is， if anything， contracting.

“”It’s very hard to get a public discussion going about the Cultural Revolution and what happened，”” says ‘s Ms. Goldman. “”It will change when they get a leadership that will face up to what happened， but the present leadership has no desire to face up to that.””

Ordinary people， too， lack interest in analyzing their history， she says. “”The Chinese have been so deprived for so long of economic well-being. … Political issues are of secondary importance right now.””

Mr. Hu， though， says that at some point he stopped worrying about how the Chinese can become rich. Instead he has become preoccupied with how they can become good. As he did 35 years ago， he looks to his diaries for the answers — but now with a far different end in sight.

: “”A single spark can start a prairie fire”” (the title of one of Mao’s essays).

Many Chinese people mistakenly believe that they can detach themselves from the past， Mr. Hu says. So he’s putting his own past front and center， hoping that someday， reading the words of his diary will elicit a collective wince， questioning， and， finally， a reckoning.

Sarah Carr reported from for five weeks this fall through an International Reporting Project fellowship.

2.       English translations of the diaries contain some mistakes. 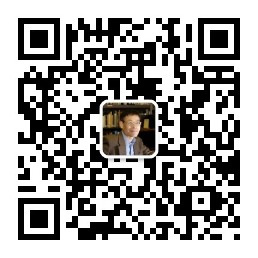